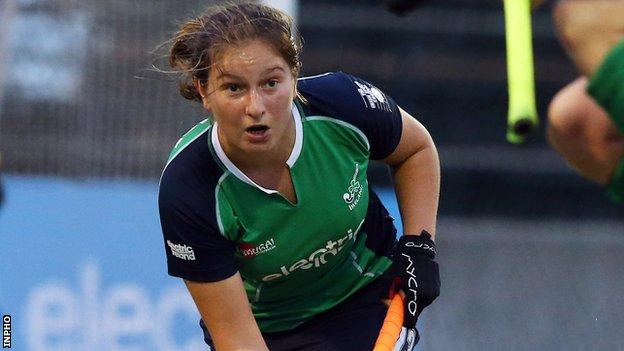 Ireland were beaten 4-3 in the last game of their two-Test series against Scotland in Edinburgh on Tuesday.

Niamh Atcheler latched on to a saved Audrey O'Flynn penalty corner to give Ireland the lead with Nikki Kidd equalising from a penalty corner.

Ali Bell and Holly Cram secured the Scots win despite Atcheler's second score near the end.

"These two games have been invaluable for us," said Ireland coach Darren Smith.

"We were able to see some new players in the international environment and doing some good work. "