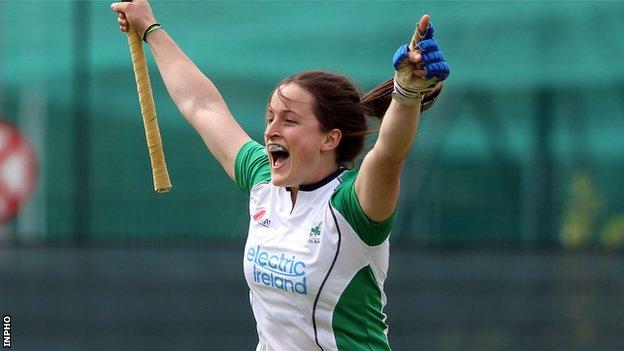 Lisa Jacob scored a late goal to earn Ireland a 2-2 draw in the first of two matches against Scotland in Edinburgh.

Ireland started well and took the lead when Audrey O'Flynn drilled in low from a penalty corner.

Scotland's Nikki Kidd levelled the game up with a powerful drag flick on 30 minutes and the same player netted from a similar move in the second half.

Ireland scored in the final minute when debutant Kate Dillon slid the ball to Jacob to slot home for the draw.