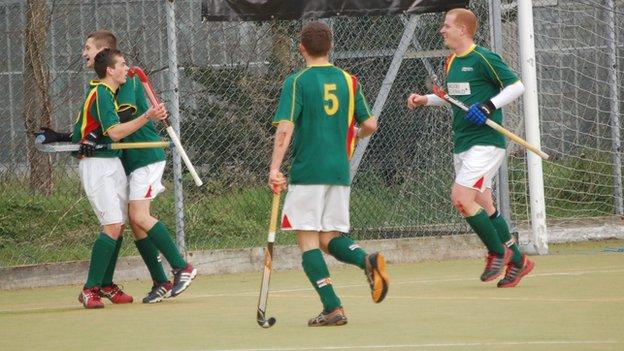 Guernsey have reclaimed both the men's and women's inter-island hockey titles with wins over Jersey.

Meanwhile, the island's men were narrow 4-3 winners, thanks to a last-minute own goal.

"Not only was it a last-minute winner but it was epic that we got to get the trophy," Carl Pugh, director of men's hockey, told BBC Guernsey.

"Guernsey did deserve the win, last year we deserved it and we ended up going and losing.

"It's something about playing Jersey where players get a bit nervous.

"We regularly play better teams in the HA Trophy, but there's something about the inter-island competition that really raises the Jersey game," Pugh added.