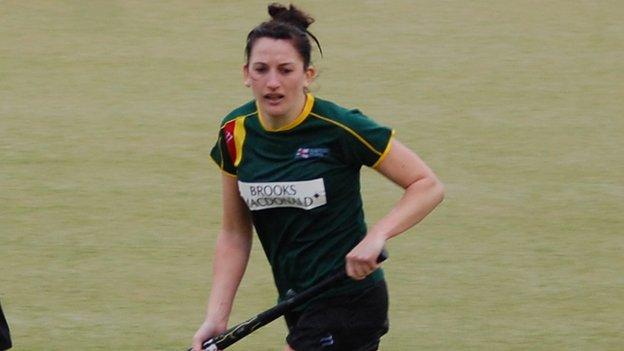 Guernsey captain Emma Atkinson says she and her team-mates were surprised at how easily they beat Burnt Ash in the quarter-finals of the Hockey Association's National Vase.

The island side won 5-0 on Sunday to set up a semi-final with Andover.

"We were expecting a tough game and it didn't quite materialise," Atkinson told BBC Guernsey.

"They weren't as strong as we were led to believe."

Guernsey face rivals Jersey next week in the annual inter-insular, before the game with Andover seven days later.

They have been drawn at home and are hoping that the Hampshire side will travel to the island.

Under the competition's rules teams can opt not to make the trip to Guernsey, instead playing their game at a neutral venue in the UK.

"We do know that Andover will definitely be a tougher game than the last two rounds, but the inter-insular will be perfect preparation for that," Atkinson added.