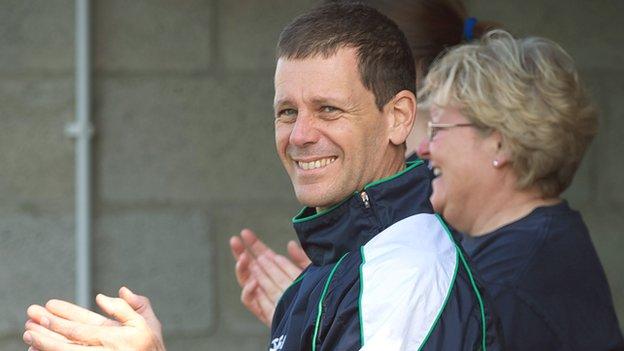 Gene Muller is leaving his position as Ireland women's coach after the team missed out on a place in the Olympic Games this summer.

The South African took over from Riet Kuper in 2006 to become Ireland's first full-time women's coach.

Ireland were beaten 4-1 by Belgium on Sunday in the qualifier play-off for the London Games.

"I have known for some time that this Olympic cycle would be my last for Ireland," said Muller on Monday.

He added: "I have thoroughly enjoyed coaching the women's national team. It has been a positive and rewarding experience."

Muller moved the team to a Central Preparation Program to engage in a more professional set up and he guided the side to their first ever Olympic qualifier final last weekend in Belgium.

Muller, who moved from Canada to take up the position, will continue working with the Irish Hockey Assocation until the end of May.