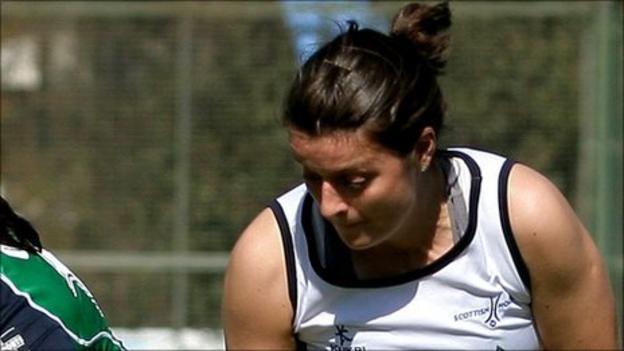 Holly Cram is in contention to win her 100th cap after being named in the Scotland squad for the EuroHockey Nations Championship II in Poland.

The striker will be aiming to reach the milestone in a tournament the Scots hope to use to gain promotion to the continent's top flight.

Scotland are in Pool B, with Poland, Belarus and Wales, with the top two teams gaining promotion.

Scotland travel to Poland in confident mood having retained the Celtic Cup, picked up bronze at the FIH Champions Challenge and won a two-game series against South Africa.

And head coach Gordon Shepherd was keen to explain the importance of gaining promotion for Scotland.

"This competition has been our top priority and has harnessed our long term focus since last summer," he said.

"It's important that we gain promotion from the second division to reach the European Championship in 2013, which will be vital in our preparations for the Commonwealth Games in Glasgow the following year.

"If we produce the form we've shown recently in the Champions Challenge and the South African series, I'm confident we'll reach our goal."

Shepherd also paid tribute to Cram, who will become the fifth member of the squad to pick up a century of caps along with Vikki Bunce, Louise Baxter, Linda Clement and Sam Judge.

"It's an exceptional achievement to reach 100 caps for your country so Holly Cram deserves our congratulations for reaching this milestone. She is a strong player and will go on to win more caps for Scotland I'm sure," he added.