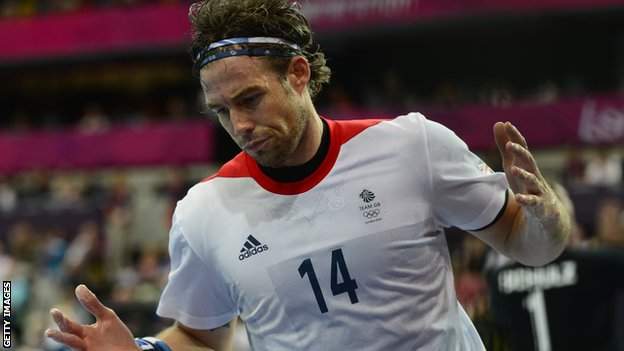 The defeat confirms they cannot qualify for the 2016 finals in Poland although Thursday's 47-23 loss to Italy had effectively ended their chances.

GB were just four goals down at the break, with seven from Steven Larsson helping the hosts stay in touch.

But the experienced visitors dominated the second half to take an easy win.

"My own performance was OK, but it was a shame that Greece man-marked me in the second half and took me out [of the game] - maybe I could have helped the other guys more," said Larsson, who top scored in the game with 10 goals.

GB, who sit bottom of Group B with no points, will round off their campaign with a trip to Italy in June.

They had already failed to reach the 2014 European finals in Denmark after finishing bottom of a four-team first-phase qualifying group in Italy last summer.

Read more on Football season could be lost - Uefa boss