Two-time Commonwealth and European champion Becky Downie has had successful surgery on an injured ankle after competing through the pain at the World Championships in Doha.

Having missed this year's Commonwealth Games, Downie decided to compete despite scans showing some cartilage had come away from a bone in her ankle.

The 26-year-old Briton finished seventh in the uneven bars final in Qatar.

"It was 100% worth the risk to be back on the competition floor," Downie said.

In a statement on Twitter, she added: "It wasn't at all without its challenges, having to minimise bar dismounts and only land when I absolutely had to is not ideal preparation.

"To then make the final and finish seventh in the world isn't what I wanted but was a huge accomplishment after the year I've had."

Downie damaged ligaments when she dislocated her elbow at the European Championships in 2017 and pulled out of this year's event through injury.

"I couldn't bare the thought to miss another major championships when I had worked so, so hard and bars was in a great place," Downie added.

"So I made the decision along with the support of my team at home and British Gymnastics to take the risk and work towards the World Championships for bars only." 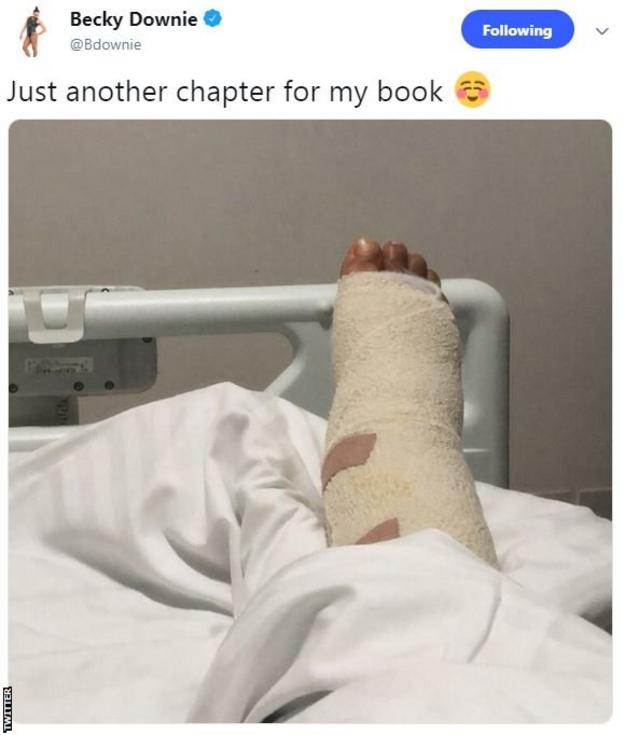