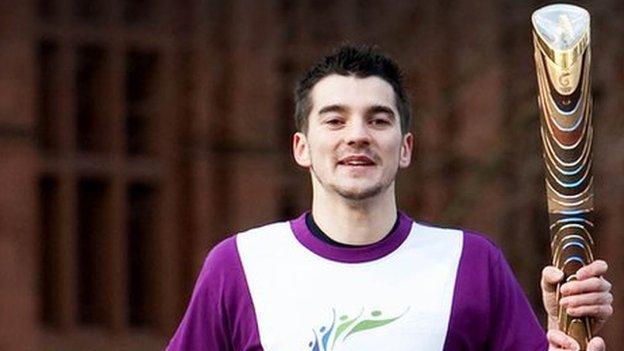 Adam Cox hopes to mark his return to gymnastics by appearing at next year's Commonwealth Games in Glasgow.

Cox's career appeared to be over when he pulled out of the 2010 Games 24 hours before he was due to fly to the event in Delhi.

But the Scot, who won Commonwealth bronze in 2006, has returned to compete for a place at Glasgow 2014.

"Being at these Games will be a really nice way to finish my gymnastics career," he told BBC Scotland.

The two Commonwealth Games I did previously were just brilliant

The dismissal of Cox's coach, Tan Jia En, was an unexpected blow for the Scot in the run-up to Delhi 2010.

"Then, just two days before we were meant to fly out, Tan was dismissed as a national coach. I was told he wouldn't have a job to come back to.

"I'd been working with Tan since I was 12, he was like a second Dad to me, I just didn't feel I could go without him."

Despite not winning any medals during his first Games in Manchester, he gained invaluable experience and won a bronze medal in Melbourne, four years later.

"The two Commonwealth Games I did previously were just brilliant," he said. "I loved Melbourne; it was a brilliant competition, especially taking the medal.