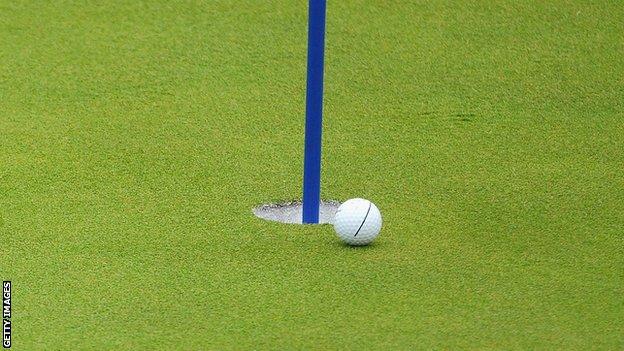 If you were going to play your last round of golf at the age of 93, registering your first hole-in-one during it would be a fitting finale.

That was the case for Ohio native Ben Bender at his local course, Green Valley.

Armed with his trusty five-wood, the sprightly nonagenarian sent his tee shot over the lake at the 152-yard par-three third hole, and watched with delight as it found the green and trickled into the cup.

A former three handicapper, Ben had played golf for more than 60 years without making an ace.

On the day in question he began with an eight at the opening hole and followed that with a seven. But then came the third hole and the chance to write the figure '1' on his scorecard.

"I'd come close to some hole-in-ones, but this one was level on the green before it curved towards the hole and went in. I was in awe watching it," he said.

It proved to be one of the last shots he would strike - as he decided to hang up his clubs that very day.

Find out how to get into golf with our special guide.

"I played a few more holes, but my hips were hurting and I had to stop," Bender said. "It seemed the Lord knew this was my last round so he gave me a hole-in-one."

"He played on our senior section for years but he will still come to the club to see us."