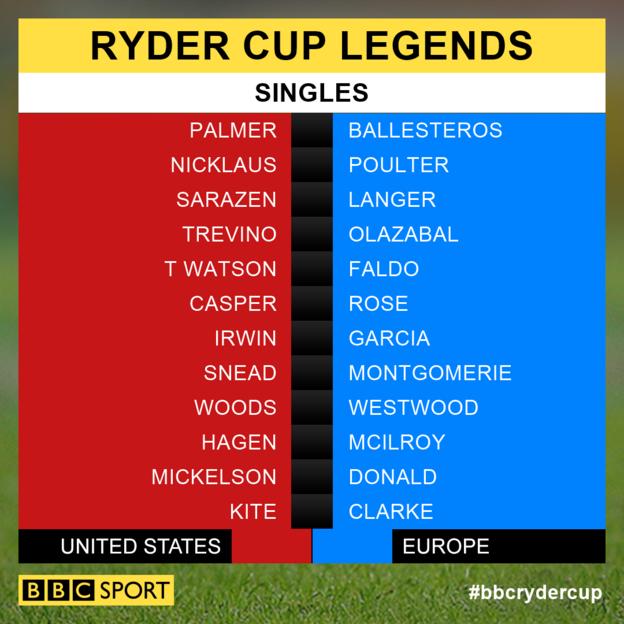 There were some no-brainers weren't there?

A stunning 99% of those using our all-time Ryder Cup team selector picked Seve Ballesteros in their European selection.

The Spanish legend, a five-time winner as player and captain, was the most-common first pick, with 33% of users putting him top of the singles.

His compatriot Jose Maria Olazabal was the second most-popular pick for Europe, but featured lower down the teamsheet on average.

Instead it is England's Ian Poulter, whose consistency has delivered 72% of the points he has competed for during his Ryder Cup career, who was the next highest pick behind Ballesteros.

The United States have similar shoe-ins.

Arnold Palmer and Jack Nicklaus were both in more than 98.5% of the American teams selected, with Nicklaus top of the card for 72% of users.

Tiger Woods, who has won 14 Majors but an underwhelming 44% of his possible Ryder Cup points in his seven appearances, sneaks into the line-up. However, 46% of users left him out entirely.