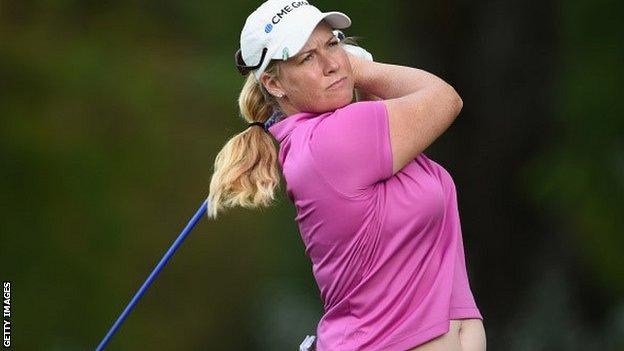 Brittany Lincicome leads the Evian Championship by one shot at the halfway stage after a blemish-free six-under-par second round.

United States golfer Lincicome, 28, moved to 10 under overall, with Hyo Joo Kim, 19, a shot behind on nine under.

South Korea's Kim shot a record low major championship round of 61 on Thursday, establishing a four-stroke lead, but followed up with a 72.

Britain's Trish Johnson's challenge ended as she missed the cut.

The Bristolian, 48, who became the oldest winner in Ladies European Tour history a fortnight ago when she won the Scottish Open, recorded an eight-over-par 80 to fall to nine over for the tournament.

Johnson carded just one birdie in a round which included seven bogeys and a double bogey.

South Korea's Mi Jung Hur is third on seven under after a mixed second-round 69 that included five birdies and three bogeys.