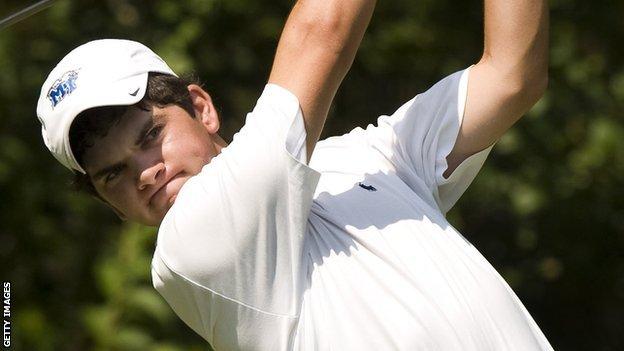 American Jason Millard will not play in the US Open after belatedly calling a penalty on himself in qualifying.

Millard, who qualified in Memphis on 2 June, revealed five days later he was "pretty sure" he grounded his club in a bunker, which carries a penalty stroke.

"I don't know 100% but deep down I believe I did," he said. "For five days I practised and I couldn't get it off my mind. It's the right decision."

The United States Golf Assocation said it "had to disqualify" Millard.

"We commend Jason for bringing this matter to our attention," said Daniel B Burton, USGA vice-president and chairman of the championship committee.

"At this time we have no recourse but to disqualify him under the rules of golf and specifically Rule 34-1b."

Rule 34-1b effectively states that a competitor must be disqualified after the competition has closed if he has returned a score which failed to include a penalty which, before the competition closed, he knew he had incurred.

Millard will be replaced in the field at Pinehurst by American amateur Sam Love for the second of the year's four majors, which starts on Thursday.