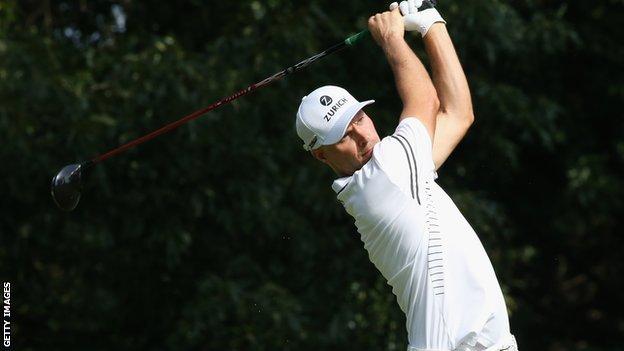 American Ben Crane opened up a seven-stroke clubhouse lead in the second round at the rain-affected St Jude Classic in Memphis on Friday.

The four-time PGA Tour winner took advantage of calm weather to post a five-under 65 to move to 12-under.

Compatriots Davis Love III (70) and Billy Horschel (68) were best of the other early starters at five-under.

Less than half the field completed the round before thunderstorms suspended play for a second consecutive day.

Open champion Phil Mickelson was among those still waiting to tee off mid-afternoon as another band of storms honed in on the course.