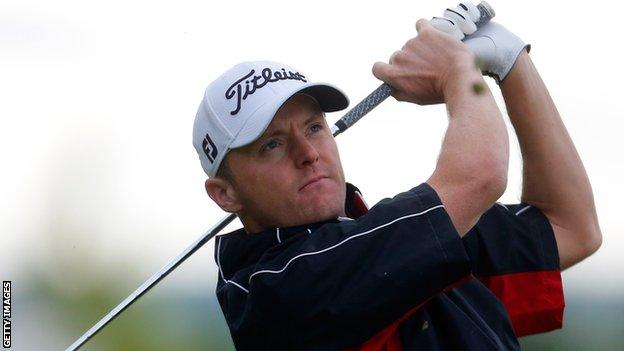 Michael Hoey finished in a share of 48th place at the Lyoness Open in Austria after posting a final-round level-par 72 on Sunday.

Hoey's 71 on Saturday had included a quadruple bogey on 10 but Sunday's round was a more subdued affair of three birdies and three bogeys.

Simon Thornton finished in a share of 12th position after a closing 72 left him on four under.

McGee had started the day sharing 10th place with Thornton on four under but a run of five bogeys in seven holes from the fifth scuppered his hopes of a high finish on a rare European Tour start for him.

The 23-year-old plays mostly on the European Challenge Tour and is 55th in the current rankings on the second-tier tour.

Sweden's Mikael Lundberg was leading in the clubhouse on 12 under after a 65 while local player and 2012 winner Bernd Wiesberger was on the same mark after 16 holes.

Defending champion, Joost Luiten was 11 under after 16 holes.

Lundberg was the halfway leader but lost ground by firing a four-over 76 on Saturday.