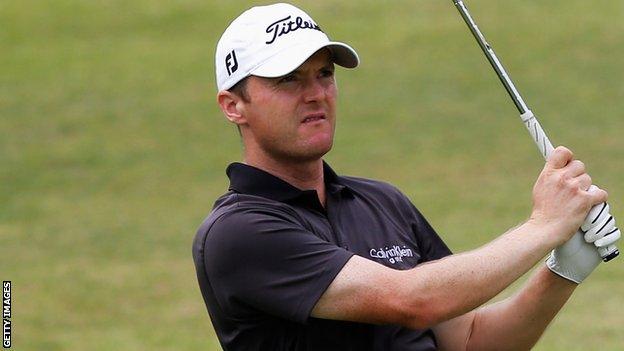 Michael Hoey finished in a tie for 18th at the Nordea Masters in Sweden thanks to an impressive five-under-par 67 in Sunday's final round.

The Belfast player ended the Malmo tournament on eight under while Ballyclare's Gareth Maybin carded a 74 to leave him two over.

Thongchai Jaidee won a three-way play-off after finishing 16 under.