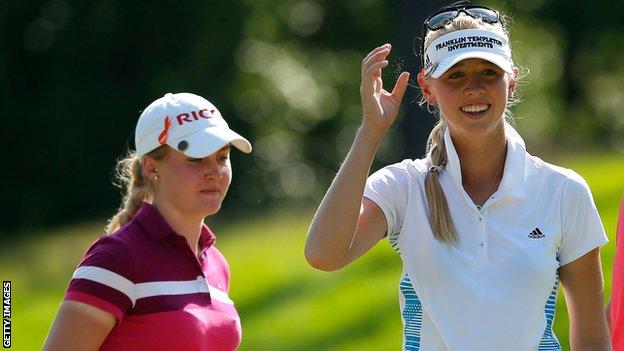 Korda's 20-under total bettered compatriot Michelle Wie and Hull, who both shot 67s, and Matthew, who went round in 69, by two shots.