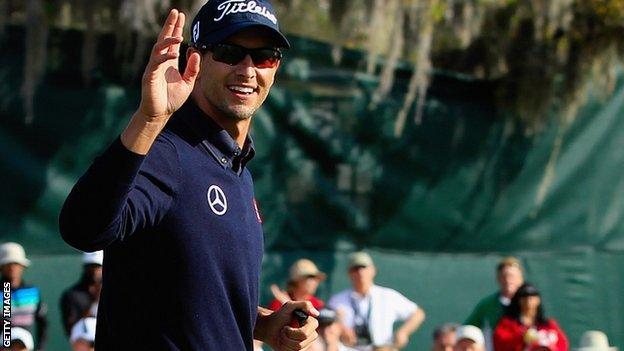 Masters champion Adam Scott tied the course record with an opening round of 62 to take an early lead at the Arnold Palmer Invitational in Florida.

The Australian, 33, made seven birdies, two eagles and one bogey to move to 10 under par at Bay Hill.

Ian Poulter and Graeme McDowell were four under and European number one Henrik Stenson three under.

Scott is closing in on Tiger Woods at the top of the world rankings but cannot overtake the American, who was forced to miss the event with a back injury, this week.

"I don't know where it came from but the putter certainly got hot. Today was just one of those days where the hole was like a bucket."

"I felt quite composed, I didn't get down or get too upbeat," he said.