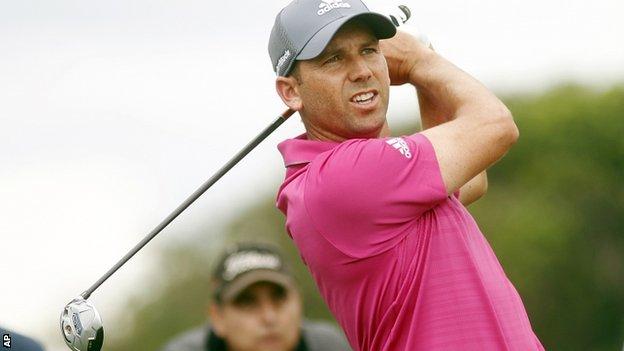 Changes to the European Tour's Final Series have been welcomed by top players who were forced to miss last season's finale in Dubai.

Qualification for the season-ending DP World Tour Championship was dependent on playing in two of the first three events of the Final Series.

That requirement has now been scrapped, with Sergio Garcia among those backing the decision.

The format of the Tour's inaugural Final Series was criticised by a number of other players, including former Open champion Ernie Els and 2011 Masters champion Charl Schwartzel, who, like Garcia, missed the Dubai showpiece last November.

I will always try to support the European Tour

Tour chief executive George O'Grady had promised a review of the regulations and, as well as changing the qualification criteria, the bonus pool at the DP World Tour Championship has been increased from £2.25m to £3m.

It will also be shared among the top 15 players rather than the top 10.

Garcia, 34, added: "I'm looking forward to the Final Series. We are all working together and I'm very happy to see that we've reached a middle ground which should help make us all happy."

Schwartzel, 29, also supported the change to a new points system.

He said: "I will always try to support the European Tour when I can and it's great to see that they are also trying to look after us with these new rules."