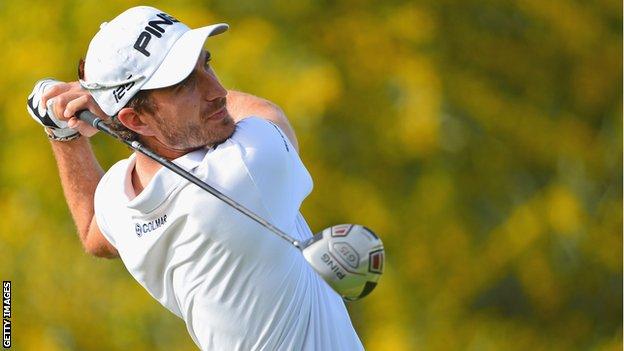 Canizares, whose other win came at the 2006 Russian Open, finished 19 under after a two-under-par final-round 70.

The 31-year-old led from the first round after opening with a 10-under 62.

Andy Sullivan's nine-under 63 lifted him to second on 14 under while fellow Englishman Seve Benson was two shots further back in joint third.

Canizares, the son of Jose-Maria, who played on four Ryder Cup teams, double-bogeyed the last after his ball came to rest against a clump of turf from a divot that had not been properly replaced.

A rules official told him he was not allowed to move the turf and he was only able to advance his ball a few yards before it rolled down a slope and back to his feet.

Canizares then duffed his next chip and allowed himself a wry smile before holing out for a six on the par four hole.

"It was a pity I ended like that but who cares?" he said.