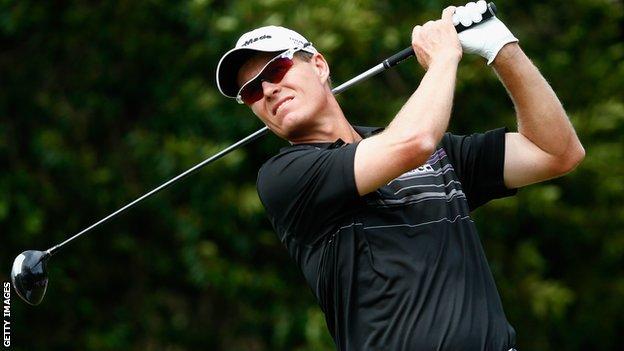 John Senden claimed only his second PGA Tour title in 13 years by winning the Valspar Championship in Florida.

The 42-year-old Australian won by one shot from American Kevin Na after a one-under-par 70 left him seven under.

Senden, who won the John Deere Classic in 2006, holed a 68-foot chip for birdie on the 16th and followed that with another birdie on 17.

England's Luke Donald finished joint fourth, three shots behind the lead, after closing with a 70.