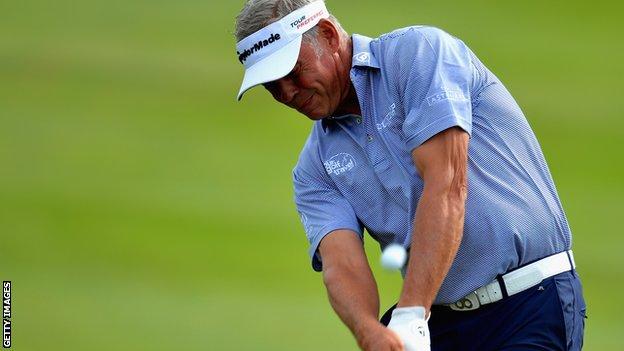 Darren Clarke finished in a share of 58th place at the Valspar Championship in Florida as he hit a closing one-over-par 72.

The 2011 Open champion, currently 295th in the world rankings, had three birdies and four bogeys in his closing round in Tampa Bay.

Australia's John Senden won by one shot on seven under.

Clarke has opted to take out PGA Tour membership for this season after his struggles since his Open triumph.

He has had only two top-10 finishers since his major win at Sandwich.

However, he may take some encouragement from his first-round showing this week when he briefly led the tournament before slipping back.

Clarke has lost almost three stone since October as he follows a new fitness regime in an attempt to rejuvenate his career.