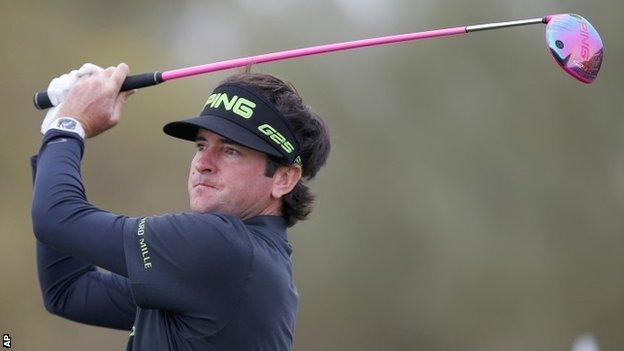 Bubba Watson and Matt Jones shared a two-shot lead after the second round of the Phoenix Open.

Bad light stopped play with four players still to complete their round at TPC Scottsdale.

Scotland's Martin Laird was the top European after a three-under-par round of 68 left him five shots off the lead.

However, England's Lee Westwood finished 12 shots adrift and is set to miss the cut by a single shot after a four-over-par round of 75.

Ian Poulter finished two shots further back and is also set to miss out.

Watson retains the lead he had shared with South Korea's YE Yang after round one, when they were a shot ahead of four players including Jones.