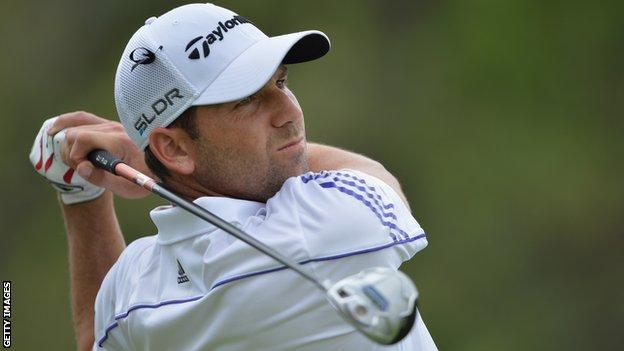 Sergio Garcia recorded his first win of 2013 by shooting a final-round 68 at the Thailand Golf Championship.

The 33-year-old, who led from the second round, hit six birdies and two bogeys as he finished on 22 under, four shots clear of Sweden's Henrik Stenson.

Stenson also hit a 68 to finish four ahead of France's Alexander Levy (69).

Garcia's victory was his first since the Johor Open in Malaysia last December.

"I knew Henrik was going to make it difficult for me," said Garcia. "He's been playing so amazingly great, and he did.

"He kept hitting good shot after good shot. And then when I bogeyed seven, I had to make a good par save on nine.

"I made three very important birdies on the first three on the back nine and gave myself a little bit of a cushion."

Stenson, who last month became the first player to win the Race to Dubai and FedEx Cup in the same year, admitted he felt tired during the tournament.

"I've had a great year but coming here really on the fumes left in the tank, not too much going for me to perform in that sense," he said.