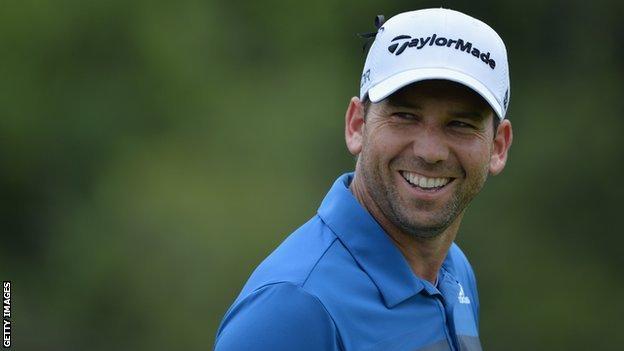 Spain's Sergio Garcia claimed back-to-back birdies to seize a four-shot lead after the third round of the Thailand Golf Championship in Chonburi.

He shot a second successive seven-under 65 to move onto an 18-under total of 198 at the Asian Tour Event.

US Open champion Justin Rose, the joint overnight leader with Garcia, only managed a 70 and fell five shots back.

Garcia said: "I was able to hit some really nice shots and then was able to roll two or three really good putts in.

"It was nice to be able to finish birdie, birdie on this difficult finishing stretch.''

His round included eight birdies overall and included a lone bogey on the fourth as he chases his first win of the year.

Sweden's Henrik Stenson also shot a 65 to sit tied for second with India's Anirban Lahiri, who shot a 67.