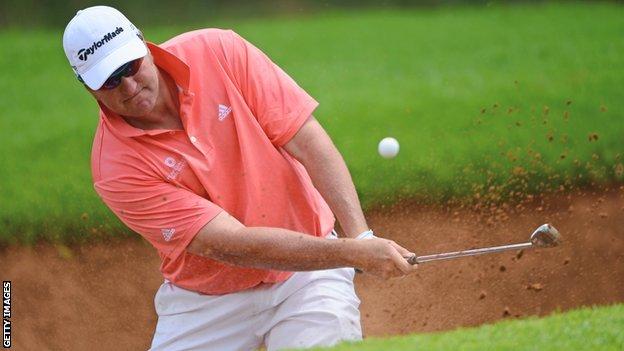 The 30-year-old's previous win had come in March's Tschwane Open.

The schedule was brought forward so the tournament did not run into Sunday and clash with the funeral of Mandela, the country's former president.

England's Daniel Brooks had a three-shot lead after the second round, which was completed earlier on Saturday. But he struggled and had five bogeys and a double bogey in his final round of 76 to leave him seven shots behind the winner.