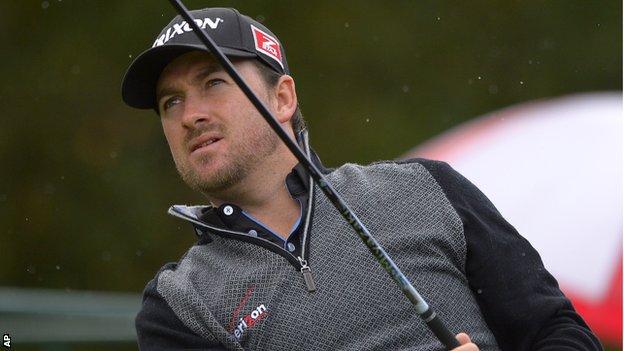 Northern Ireland's Graeme McDowell carded a three-under-par final round of 69 to finish in sixth place at the World Challenge in California.

McDowell, the winner in 2010 and 2012, ended eight shots behind Zach Johnson who finished on 13 under par before beating Tiger Woods in a play-off.

Portrush man McDowell was the highest-placed European in the 18-man event.

Rory McIlroy had a 70 for his second straight under-par round to finish level for the tournament.

It was a typical up-and-down round for McIlroy, with five birdies and three bogeys leading to a two-under-par 70.

On Saturday, McIlroy had fired the best third-round score with a 68.

In a remarkable conclusion to the tournament, Johnson found water with his approach at the 18th before holing from the drop zone.

Playing partner Woods then put his bunker escape to within four feet and made par to force a play-off.

At the first extra hole, again the 18th, Woods found sand once more with his approach and missed a par putt from five feet to hand Johnson victory.

Woods was the tournament host at Sherwood Country Club and aiming to win his sixth tournament of the year, although this was not an official PGA Tour event.