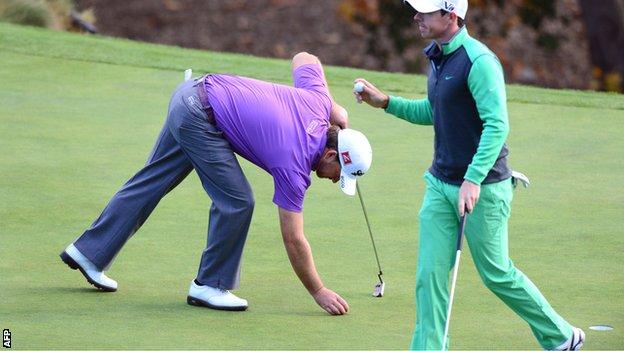 Graeme McDowell and Rory McIlroy kept in touch with leader Zach Johnson after Thursday's first round of the World Challenge in California.

Johnson holds a one shot lead in the 18-player tournament.

McIlroy was hopeful of building momentum from his first win of the year last week at Royal Sydney.

However, the Holywood player missed a few short putts and found the water on the par-three 15th

McDowell, who also won the event hosted by Tiger Woods in 2010, had fired eight straight rounds in the 60s at the Sherwood course before Thursday.

"The course hasn't been this tough in a couple years,'' said the Portrush man.

"The scoring reflects that. The greens are much firmer. The speed of them caught me by surprise a little bit.

"My speed was a little clumsy, and it showed on the greens.''