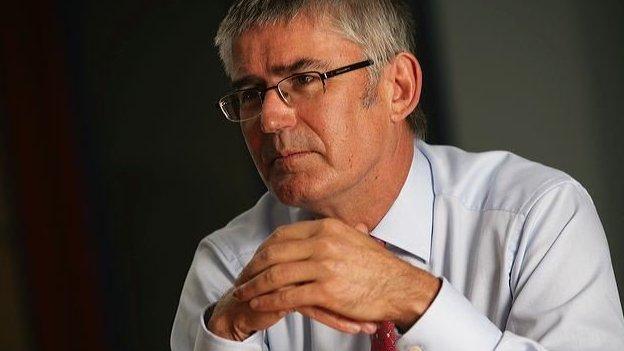 The European Tour has appointed a non-professional golfer as chairman of its board of directors for the first time.

The appointment is aimed at boosting the Tour's commercial power - Williams has more than 30 years experience in consumer, leisure and retail fields.

The Tour has been under increased commercial pressure following the European economic downturn with more of it's top players basing themselves on the rival PGA Tour in the United States.

"The appointment of someone with the business acumen of David Williams is undoubtedly good news for our development both at home and around the world," said McGinley.

Williams, who has held senior roles with Whitbread, Diageo, PepsiCo Restaurants and Mothercare and is currently chair of the Operating Partners at Duke Street Capital, is keen to take the Tour to new markets.

"I'll be looking to ensure that the Tour is structured in a way which enables it to further increase its expansion and appeal across the globe," he said.

"As well as working with the players and our business partners to promote long-term sustainable growth."