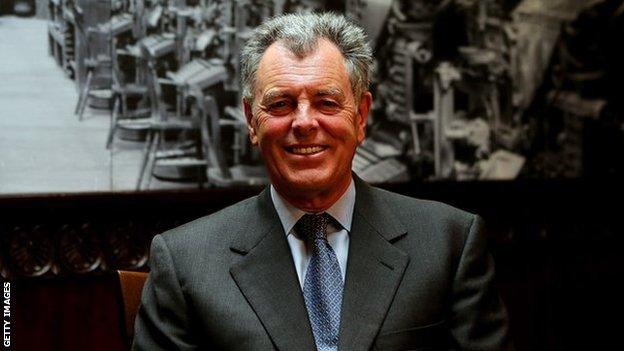 Former Ryder Cup captain and player Bernard Gallacher is to be honoured with a lifetime achievement award at the Scottish Golf Awards annual dinner.

He will receive the award in February.

Gallacher, 64, said: "I'm delighted to be accepting a Scottish Golf Lifetime Achievement award ahead of such a special year for golf in the country."

"It's an honour to follow the greatest names in Scottish golf who have received this award in the past," said Gallacher.

"It promises to be a wonderful evening in Glasgow, one I'm thoroughly looking forward to."

He had an illustrious career on the European Tour, with 22 professional wins, finishing in the top 10 on The European Tour Order of Merit five times between 1972 and 1982.

In his amateur days, he was a Scotland international and won the 1967 Scottish Stroke Play.

However, it was association with the Ryder Cup that he is best known for and he is keenly looking ahead to next year's competition at Gleneagles.

"I played in the first Ryder Cup in Scotland in 1973 at Muirfield and, like all golf fans, I'm looking forward to it coming back for what will be a fantastic contest," he added.