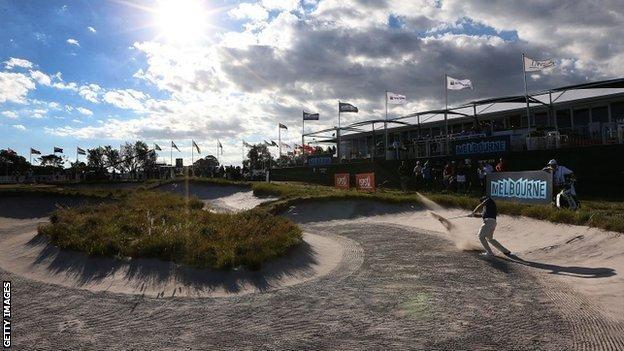 If the PGA of America is serious about taking its major on the road it should forget about Ireland and head for Royal Melbourne.

Eyebrows raised at the suggestion that the US PGA Championship might be played outside the US were elevated further when Royal Portrush was mooted as the possible first venue.

This idea of periodically taking the major on the road was put forward by PGA of America president Ted Bishop. He is becoming an ever more extraordinary figure in a sport known for its administrative reserve.

Bishop, the man who appointed Tom Watson as American Ryder Cup captain, defies convention with his ideas and the way he publicises them.

Other golf administrators are often taken aback. "It's amazing how he likes to conduct his business through the media," commented one top official last week.

It was on America's Golf Channel that Bishop revealed his personal view that Portrush would be an ideal venue to stage the US PGA, the final major of the year.

Never mind that the Northern Ireland links has staged the Open (in 1951) and is under a degree of consideration to hold a future championship.

And Bishop knew his suggestion could potentially unsettle the R&A, the game's governing body outside of Mexico and USA, who have been pretty reserved when responding to calls for Portrush to return to the Open rota.

When PGA Tour radio pointed their microphone in the American official's direction Bishop quickly tried to dispel the notion that there was an element of mischief afoot.

"One thing that bothered me when I read the repercussions of what I said last week, some people insinuated that in some shape of form, there was another shot by Bishop at Peter Dawson and that couldn't be further from the truth," he said.

"I respect those guys, tremendously. If, at the same time, they have decided for whatever reason for 62 years not to take the Open Championship to Ireland, that kind of makes it open game, I guess, to a certain degree." 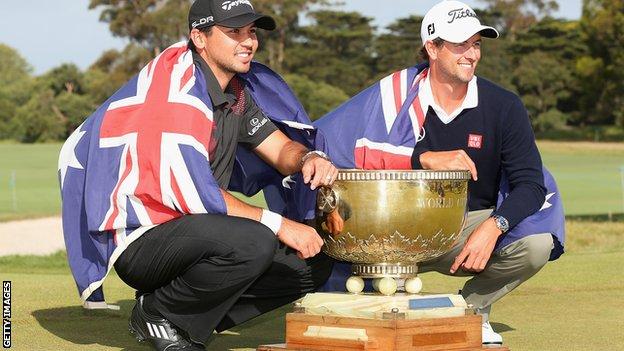 Open game? This is perhaps the most inflammatory aspect of what Bishop has had to say on the topic.

Aren't the R&A entitled to feel that this is a threat from an American body to move in on their territory?

And why, with an entire golfing world to consider, would you look to take an overseas major so close to a place that already stages one of the big four championships?

Surely the biggest benefit of taking the US PGA abroad is to showcase major golf to fans who realistically have no other chance of attending such tournaments?

Asia is the great untapped market but the evidence of the last three weeks in Australia makes a compelling case for one to be staged down under.

Masters champion Adam Scott, the first Australian to don the famous Green Jacket, has received rapturous support on his return to his homeland. It has inspired the Aussie to two victories and then a share of the World Cup title with individual champion Jason Day.

The World Cup and the previous week's Australian Masters were played at Royal Melbourne.

The stresses of staging two events in a fortnight on the composite course were evident in some of the pin positions and lightening speed of the greens but it remains a magnificent venue.

"Royal Melbourne is just a great challenge and one that I think is a lost art among the tour players," said Graeme McDowell during the World Cup.

"Even on someone like myself who grew up on links courses, I don't get a chance to experience this firmness and speed and brutality around the greens. It's brilliant."

Bishop has admitted as much. He said: "Royal Melbourne in Australia, certainly that would be another venue that the players would enjoy. Australia has openly said they would love to host a PGA Championship."

This week the country stages its home championship with Rory McIlroy in the Australian Open field at Royal Sydney. And here there will be some sense of a major being taken overseas.

The famous claret jug will be sitting next to the first tee as a reminder that this is where the road to the 2014 Open Championship at Royal Liverpool will begin.

With the welcome scrapping of the International Final Qualifying, the Australian Open is the first of a string of tournaments that will yield places in the field for the oldest major in the game.

Indeed, of the Royal Sydney field only McIlroy, Scott, Day and American Kevin Streelman are sure of their places at Hoylake in July. There are three spots up for grabs for the highest finishers not already exempt.

This is a fine example of how to spread the global reach of a major championship and one that doesn't encroach on the territory of another organisation.