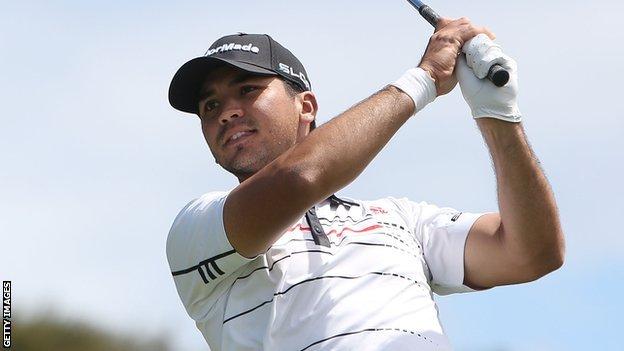 Australia's Jason Day shot a third-round 66 to lead Denmark's Thomas Bjorn by a shot at the World Cup of Golf at Royal Melbourne.

Day, who learned earlier this week that eight relatives had died in Typhoon Haiyan in the Philippines, also helped Australia lead the team event

Adam Scott shot 68 to take his combined team score with Day to 11 under.

Welshman but missed out on winning a car as it is only on offer in the final round.

Manley, who eventually carded a one-over 72 to go two-under in the tournament, was so disappointed on hearing he had missed out on the car that he shot an 11 at the par-four next hole.

He told the PGA Tour website: "It's the highest high and then the lowest low I've ever experienced on a golf course.

"I thought the car was mine and with the crowd, all the hype, I was just buzzing. The adrenaline was pumping so much, I could have flown to the green.

The United States are second in the team standings on 10 under, with third-placed Matt Kuchar (68) six under and Kevin Streelman (74) four over.

Italy's Francesco Molinari is fourth after a five-under 66 took him to five-under overall.

The team competition is a two-horse race as Japan are well back in third spot at four under, with Hideto Tanihara in a tie for sixth and compatriot Ryo Ishikawa equal 12th.

Tanihara joined Northern Ireland's Graeme McDowell on three under, after the latter carded a solid four-under 67.