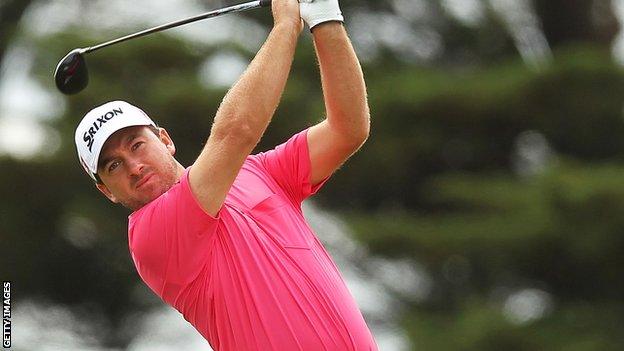 Graeme McDowell posted a four-over-par 75 to fall down the leaderboard in the final round of the World Cup at the Royal Melbourne Golf Club.

The former US Open champion carded two birdies and six bogeys in his round to end in a tie for 15th spot on one over.

Shane Lowry was joint 44th on eight over in the individual event, with Ireland joint 11th in the team event.

Jason Day won on 10 under, with Thomas Bjorn on eight under, while Australia won the team competition on 17 under.

The Australians enjoyed a 10-shot winning margin over the United States, with Denmark and Japan third on five under.

Ireland finished well back on nine over.

Adam Scott shot the best round on the final day with a 66 to move up to third in the individual standings on seven under.

American Matt Kuchar was fourth on six under and Kiradech Aphibarnrat and Ryo Ishikawa joint fifth on three under.