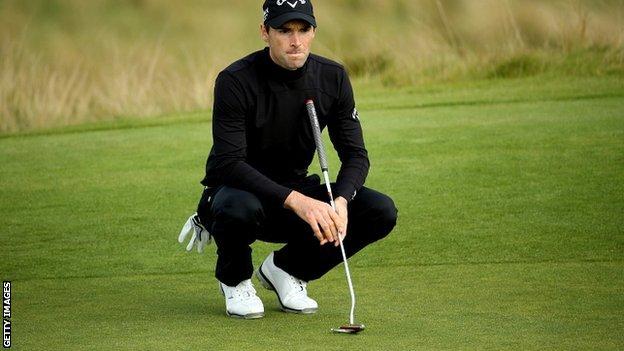 England's Oliver Wilson boosted his chances of regaining his European Tour card with an opening round of 64 at the Alfred Dunhill Links Championship.

Wilson took a sponsor's invitation and ended day one in a five-way tie for the lead at eight under par.

The former Ryder Cup player lost his tour card in 2011 and has been playing on the secondary Challenge Tour since.

"For the first time in probably over a year actually, I have some control over my shots," said the 33-year-old.

"I'm able to hit the shots and trust it under pressure. We've played some good courses the last few weeks on the Challenge Tour and I've played well, and that's built my confidence and I have a chance now to earn back my card in a few ways."

Wilson, the world number 489, played his opening round at Kingsbarns in an event which sees players alternate between that course, St Andrews and Carnoustie over the first three rounds.