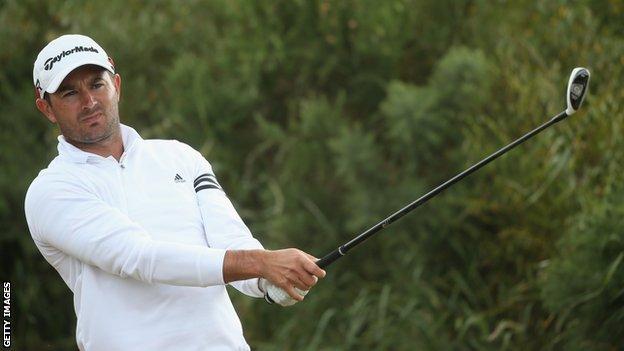 Northern Ireland pair Gareth Maybin and Michael Hoey have missed the cut at the Italian Open in Turin despite posting improved second rounds.

Maybin carded two birdies and a bogey in a one-under-par 71, which left him two shots off the cut mark on one over.

Russian Open winner Hoey was one shot further back following a 69 which included six birdies and three bogeys.

Ireland's Simon Thornton (67) is tied for the lead on nine under with David Higgins (69) eight under.

Ballyclare player Maybin had left himself much work to do to make the final two rounds after firing an opening 74, with Hoey recording a disappointing 77 on Thursday.