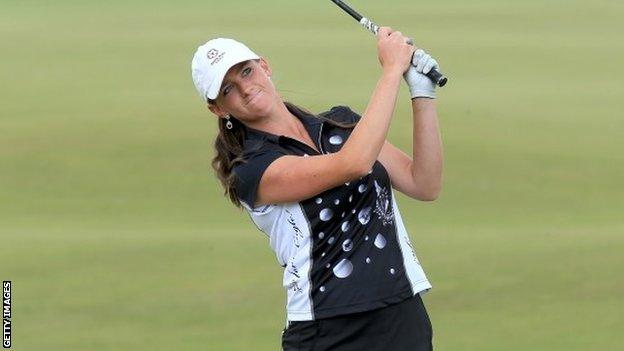 Cornwall's Sarah-Jane Boyd shone as part of the England team which came third in the Women's Home Internationals in Scotscraig.

Boyd took four points out of a possible six, with just one defeat as England took on Ireland, Scotland and Wales.

The 22-year-old struck up a strong partnership with Rachael Goodall with the pair unbeaten in the foursomes with two wins and a half point.

In the singles, she recorded a win, a loss and a half.