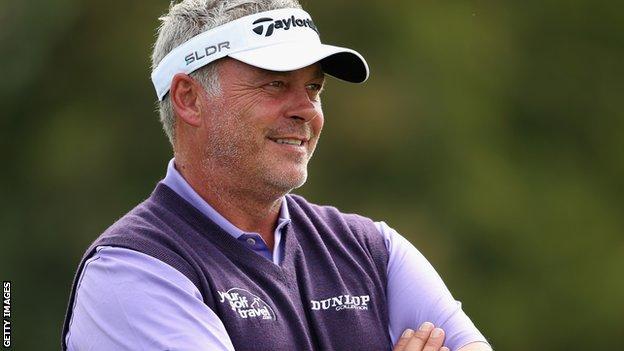 Darren Clarke has taken up his option of returning to the PGA Tour for the 2014 season.

The 45-year-old Northern Irishman has exempt status on the US circuit until 2016 as a result of his win at the 2011 Open Championship at Royal St George's.

"I will be taking up my US PGA Tour card next season but that does not mean I am abandoning Europe," he said.

"I will be supporting my home Tour as usual. I still feel I can be competitive at the highest level."

Since his Open triumph two years ago, Clarke has struggled for form and slipped to 372nd in the world rankings.

The Dungannon man is 127th in the European Tour's Race to Dubai standings having missed the cut in seven of his 12 tournaments this year.

His best finish so far in 2013 was his share of 21st place at the Open Championship.