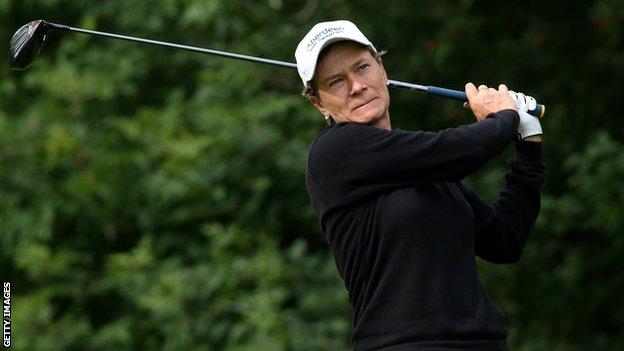 Catriona Matthew won her second Scottish Open title in three years with an eight under par total at Archerfield Links.

The 44-year-old Scot shot a final round of 70 to finish two strokes ahead of England's Hannah Burke, with no other player under par.

The 2009 British Open winner sunk the winning putt for Europe in Colorado.