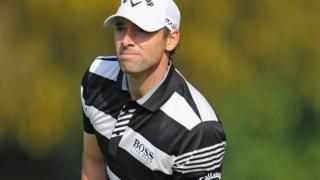 Wilson battling back after struggles

Wilson is playing in this week's Northern Ireland Open European Challenge Tour event and he will go into the final round at Galgorm Castle in fifth place.

"I played awfully at the beginning of this year but I have started to play better over the six weeks or so," Wilson told BBC Sport Northern Ireland.