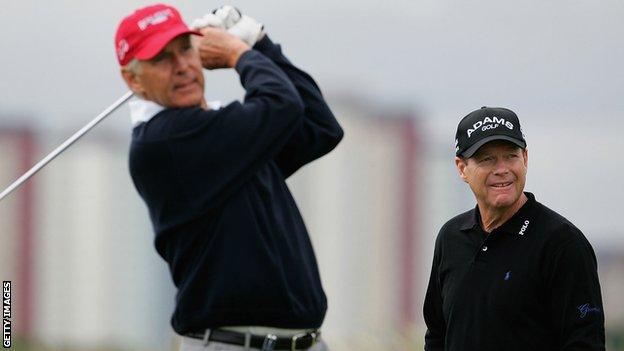 United States captain Tom Watson has picked television commentator and two-time US Open winner Andy North as one of his 2014 Ryder Cup vice-captains.

North, 63, who has worked as an analyst for ESPN since 1993, will assist Watson as the US bid to beat Europe for the first time since 2008.

North lost all three matches when he played for the US in the 1985 edition.

"I'm happy to have him on my side and in my ear and helping me bring the cup back from Europe," said Watson.

"It's been way too long. We have lost seven of the last nine Ryder Cups and I don't like that. It's time to change the tide."

The US face Europe at Gleneagles, Scotland, between 26-28 September.