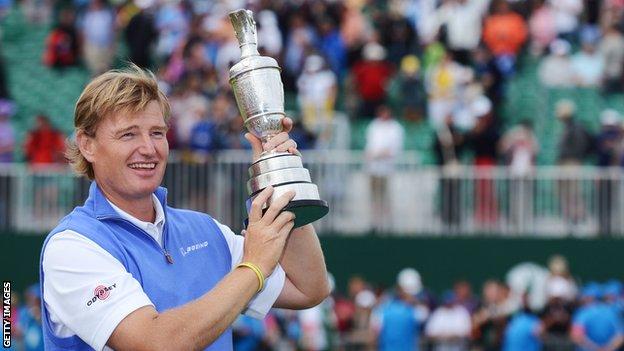 The winner of this year's Open Championship will collect £945,000, the Royal & Ancient (R&A) has announced.

The increase in prize money brings The Open in line with the three other golf majors - The Masters, the US Open and the USPGA Championship.

Peter Dawson - chief executive of the R&A, which organises the Open - said in April that it was "very important" that the prize fund remained competitive with the three other major championships.

But he signalled then that the were no plans to follow the significant rises in prize money introduced for tennis players at Wimbledon.

In April, the All-England Club announced a 40% rise in prize money for players, bringing the total to £22.6m, with £1.6m each going to the men's and women's champion.

"Tennis has to do what tennis has to do to be competitive within its sport," Dawson said at the time. "Golfers at professional level are very well remunerated; I've never heard anything from them to say otherwise to that."