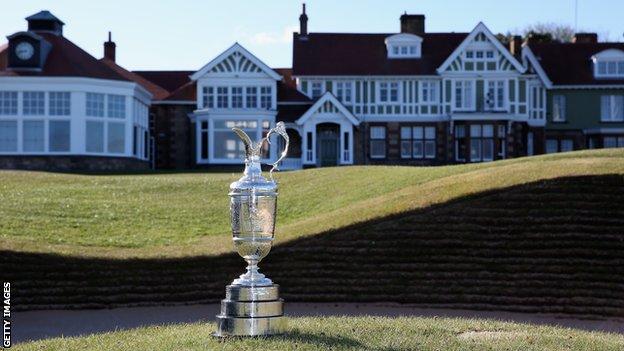 One of the first rules of golf any aspiring aficionado has to learn is that there is no such thing as the "British Open".

The oldest of the four majors is simply "the Open" and the fact that it has always been held in the British Isles should not deflect from the fact that it belongs to the entire golfing world.

This week one of the global processes for finding players eligible to compete in this July's Championship at Muirfield was completed with the European leg of International Final Qualifying (IFQ) at Sunningdale.

This was the fifth of these IFQ tournaments to be held this year in a system that was first introduced in 2004. The idea is to provide opportunities to qualify for leading pros and amateurs outside the world's top 50 who are not otherwise exempt.

As it stands a player like Brett Rumford, who has won twice this year but is ranked 84 in the world, is not in the Open Championship

But how effective or fair is IFQ? Does it help produce the strongest or most deserving field to contest the tournament that crowns the champion golfer of the year?

Does it not make what should be the most democratic of sporting events something of a lottery? With sophisticated world rankings worked out from comprehensive tours all over the globe is there really any need for IFQ?

Players trying to find an optimal schedule could probably do without factoring in a 36-hole tournament like the one played at Sunningdale last Monday.

They should be able to feel that their performances on Tour should be enough to determine their worthiness to play the Open.

Scots Stephen Gallacher and Scott Jamieson were both in the field on Monday, despite having won Tour events this season. Surely those victories are of more merit than coming through a 36-hole scramble to qualify for golf's greatest event?

Victories on the PGA Tour in America bring automatic eligibility for the Masters. Is there any reason a similar arrangement couldn't be made with the European Tour for the Open?

It is, after all, the most international of the pro circuits and would certainly help the Tour's status in the current difficult times.

As it stands, a player like Brett Rumford, who has won twice this year but is ranked 84 in the world, is not in the Open Championship.

By contrast Rumford's Australian compatriot Steven Jeffress will be teeing off at Muirfield, despite his current standing of 1,032.

Jeffress was one of three qualifiers from the Australasian IFQ at Kingston Heath back in January. Kiwi Mark Brown, ranked 443, and Stephen Dartnall were the others to make it to Scotland.

Dartnall is a former amateur world number one but is currently 731st in the world. Like Brown and Jeffress, he had a great day on a wonderful golf course back in January - but should that make you eligible to contest the title of Champion Golfer of the Year?

Spaniard Eduardo De La Riva, at 227 in the world, was the highest-ranked of the three to make it through qualifying in the African IFQ in March. The Asian event in Bangkok a month earlier yielded the highly-talented Japanese Hideki Matsuyama as one of the qualifiers.

Another from that tournament was Kiradech Aphibarnrat, who is another worthy of his place at Muirfield. We know that because he won this season's Malaysian Open.

The desire to create the most international of fields and to provide opportunities to qualify for the Open is laudable. But it seems an unnecessary mechanism and an expense the R&A could do without.

They should put their trust in the Tours and the rankings. The USGA - which admittedly operates a similar qualifying system for the US Open - has at least expanded eligibility from the rankings to the top 60 in the world.

The R&A should make more spots available for last-minute qualifying so that the process that allows decent amateurs and club pros the chance of a dream ticket remains alive.

Big names still in search of a berth should join the fray at this stage to provide added intrigue and romance ahead of the big week.

That's how it will be for Colin Montgomerie, who swerved IFQ this week, to take first advantage of turning 50 to play in the US Senior Players' Championship in Pittsburgh.

Monty has entered local final qualifying and whoever comes through that at least knows they are in decent form. They will have needed to have played well on a links style course as well.

The same can't be said for these IFQ qualifiers from Australasia, Asia, Africa and even the United States where the tournament was played back in May. This process lacks relevance and weakens the Open field.

Having said that it remains a joy to see players like the Amateur Champion continue to be accorded a starting place at the Open.

Garrick Porteous, the first Englishman in a decade to win the title, can now look forward to teeing off at Muirfield, Augusta and Pinehurst, the venue of next year's US Open.

It's thoroughly deserved too, especially after the 23-year-old from Northumberland survived brutal conditions to beat Toni Hakula of Finland at Royal Cinque Ports last Saturday.