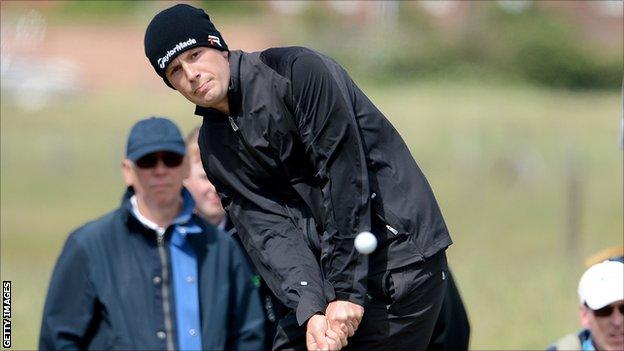 Morpeth golfer Garrick Porteous has put his professional ambitions on hold after his Amateur Championship success earned him a place in three of the four forthcoming Majors.

The 23-year-old has qualified for this year's Open at Muirfield and a place in the Masters and US Open next year.

"The plan was to turn professional this autumn," Porteous told BBC Newcastle.

"Obviously, the news means that, if I stay amateur I can play in the Masters, which I definitely want to play in."

He added: "It's a lifetime opportunity, and then we will see what happens after that. I'd like to play in the US Open as well but we'll see how things go."

Porteous, who plays at Bamburgh Castle, had already secured the Scottish Amateur Strokeplay Championship at Southerness, on the Solway Firth, in early June.

But, in adding the British amateur crown by beating Finland's Toni Hakula 6 & 5 in Saturday's 36-hole final at Royal Cinque Ports, Deal, he became the first Englishman to do so since Gary Wolstenholme 10 years previously,

He is likely to feature in the Walker Cup for Great Britain and Ireland's amateurs against their American counterparts in New York in September.