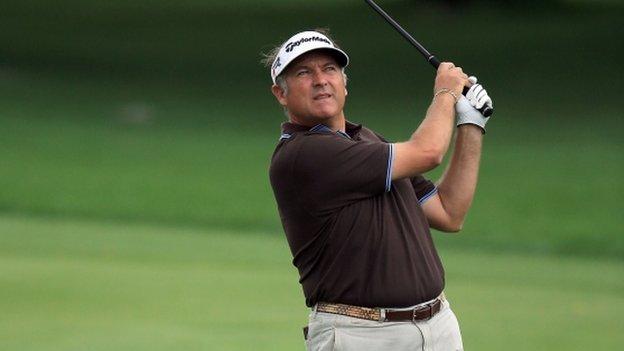 American Ken Duke claimed his first PGA Tour career victory at the age of 44 with a success in a dramatic play-off at the Travelers Championship.

Duke beat compatriot Chris Stroud with a birdie at the second play-off hole after the pair had both finished on 12 under.

Stroud, who was also seeking a first title, had chipped in from behind the 18th green to force the play-off.

US Open champion Justin Rose finished on six under in tied 13th.

Former Masters champion Bubba Watson had been challenging the leading two but dropped out of contention with a triple bogey at the 16th and finished on 10 under.

It left Duke and Stroud in the play-off, with the eventual winner missing a tough birdie opportunity on the first play-off hole, before making the vital putt on the next.

"I've worked hard," said Stroud. "I've knocked on the door a lot and here we are."