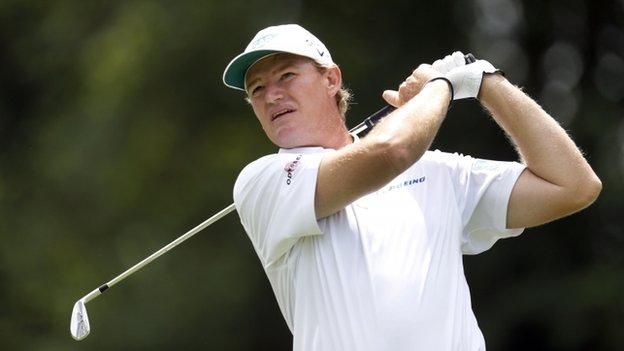 The 43-year-old four-time major winner finished with a 69, which included four birdies and a bogey, for a final total of 18-under par.

Dane Thomas Bjorn also fired a 69 to finish runner-up on 17 under.

Els, who won last year's Open, began the day in a share of the lead with Swede Alexander Noren and Frenchman Alexander Levy.

He and Bjorn had both been on 17 under with six holes remaining with Levy a shot further back.

But Bjorn had a double bogey at the 14th which ended his hopes and Els's third successive round of 69 was enough for his 28th European Tour victory and his first at this event.

"It's been a long while," he said afterwards. "I've had a great weekend in Germany and tried a long time to win this golf tournament. I made it pretty tough for myself again.

"I stayed with the basics. It's great to get my name on this wonderful trophy."

Els also admitted the win is a boost ahead of the defence of his Open title at Muirfield from 18 July.

"Obviously it gives me a lot," he added. "Wire to wire you've got the pressure and every night you've got to sleep on it.

"This is quite a week for me. There were a lot of strong players in the field. I'm really looking forward to Muirfield."