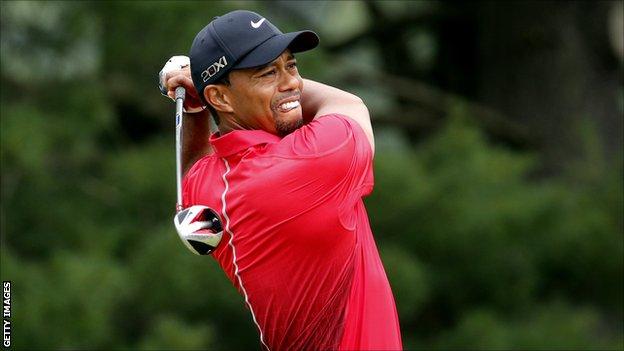 Tiger Woods has a strained elbow that is likely to keep him out of action until next month's Open at Muirfield.

Woods, 37, will miss the AT&T National at the Congressional Golf Club in Maryland because of the problem.

"I have been advised to take a few weeks off, rest and undergo treatment. I'll be ready to go for the British Open," the 14-times Major winner said.

The American picked up the complaint during his victorious performance at the Players' Championship in May.

Last weekend, Woods recorded his worst ever total at the US Open when he finished 13 over, 12 shots behind winner Justin Rose.

According to his personal website, he aggravated the injury at Merion, after suffering minor discomfort prior to the event.