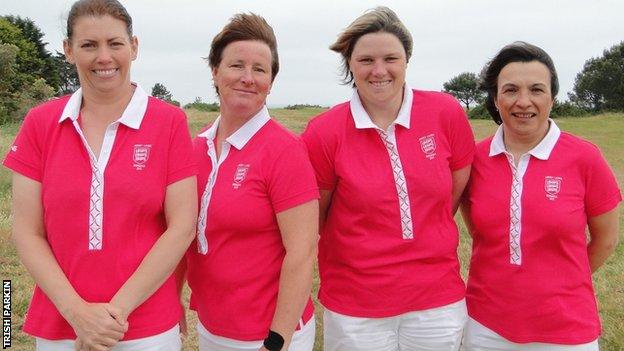 Jersey's women golfers hope to use their experience of previous Island Games to fire themselves into the medals places in Bermuda next month.

Pushman will be at her fifth Games and Paridiso has already appeared at five.

"This is Helen Lagadu's first Island Games for golf but she was the goalkeeper for the women's football team.

"You never know with golf, I think we've got a strong team, and I hope that we'll come in the medals."

Parkin says her team are preparing themselves for the heat in Bermuda, where players will have to contend with humid conditions and an average temperature in the island in July of around 27C.

Organisers expect rounds, over four days, to last four to five hours and are scheduling tee times in separate morning and afternoon sessions.

"The course is long," added Parkin. "We've got to be very wary of dehydration so we're getting advice from the medical team.

"There isn't very much shade on a golf course. The girls are very aware of what they've got to take care of."

The players will compete in a team event, with the three best scores to count each day, as well as an individual competition.