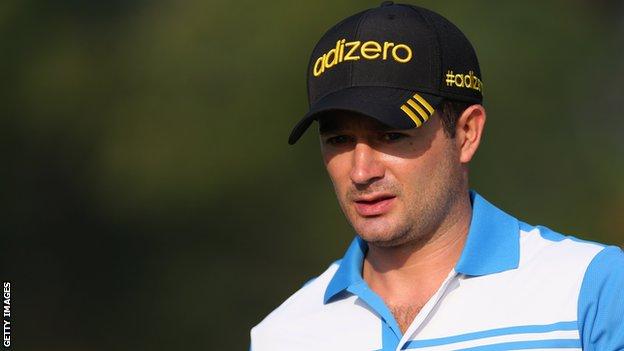 Gareth Maybin finished in a share of 36th at the Lyoness Open after a 70 on Sunday but the Ballyclare man was left frustrated by a closing double bogey.

Maybin's final-hole slip-up dropped him around 10 places down the field and meant that he missed out on some crucial order of merit points.

Going into the Austrian event, Maybin was 127th in the Race to Dubai.

Damien McGrane was in a share of 15th on eight under after a 69 as he was eight behind winner Joost Luiten.

Dutchman and overnight leader Luiten shot a closing 71 which earned him a two-shot victory over Thomas Bjorn.

Kerryman David Higgins finished in a share of 47th place on one under after a closing 70.