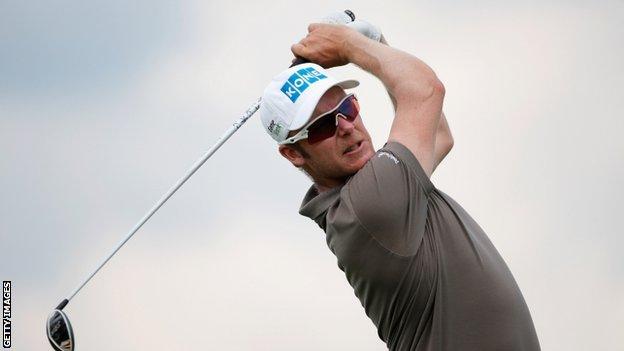 Finland's Mikko Ilonen claimed his first European Tour title for six years after a three-shot win in the Nordea Masters in Stockholm.

Italy's Wentworth PGA champion Matteo Manassero was five back in a tie for fourth with Denmark's Thomas Bjorn.

Ilonen carded rounds of 70, 63 and 65 ahead of the final day and made birdies on the second, third, 11th and 13th holes with his only blemish coming with a bogey six on the 12th where he missed a short putt.

"I slept brilliant. I was pretty tired after yesterday. Yesterday was the toughest day of them all I think," he said afterwards.

"I have my family here with me. My boy's gone to sleep about 8.30pm and I went off about 9pm, so I slept pretty good all the way through to about 6.30am.

"I could feel a lot of support from Finland, especially today. Playing with Alex [Sweden's Alexander Noren] in the last group in front of the local fans, it feels pretty special."