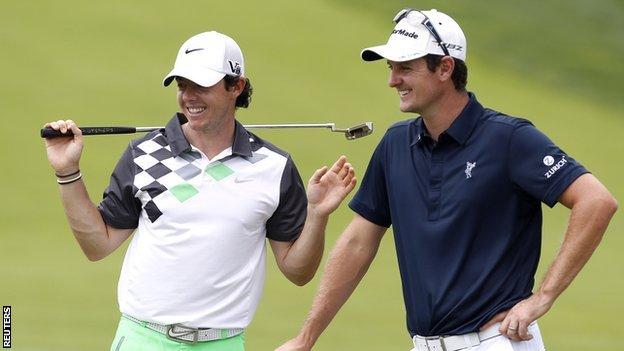 Rory McIlroy put in an improved showing in the second round of the Memorial Tournament in Ohio to make the cut.

The 24-year-old Northern Irishman, who shot a first-round 78, carded six birdies on his way to a 69 for an overall score of three over par.

But he is 12 shots behind leader Bill Haas. The 31-year-old American signed for a second-round 67 which included five birdies and an eagle at the fifth.

"I really focused and saw my shots a lot better," said McIlroy. "I played nicely and need to continue to keep that going."

Defending champion and world number one Tiger Woods was not at his best either and is one over par after rounds of 71 and 74.

England's Justin Rose, who matched his first-round 70, is tied sixth with Sweden's Robert Karlsson and American Scott Stallings at four under.

South African Charl Schwartzel is second, one shot behind Haas on eight under, while American Kyle Stanley is third on seven under.